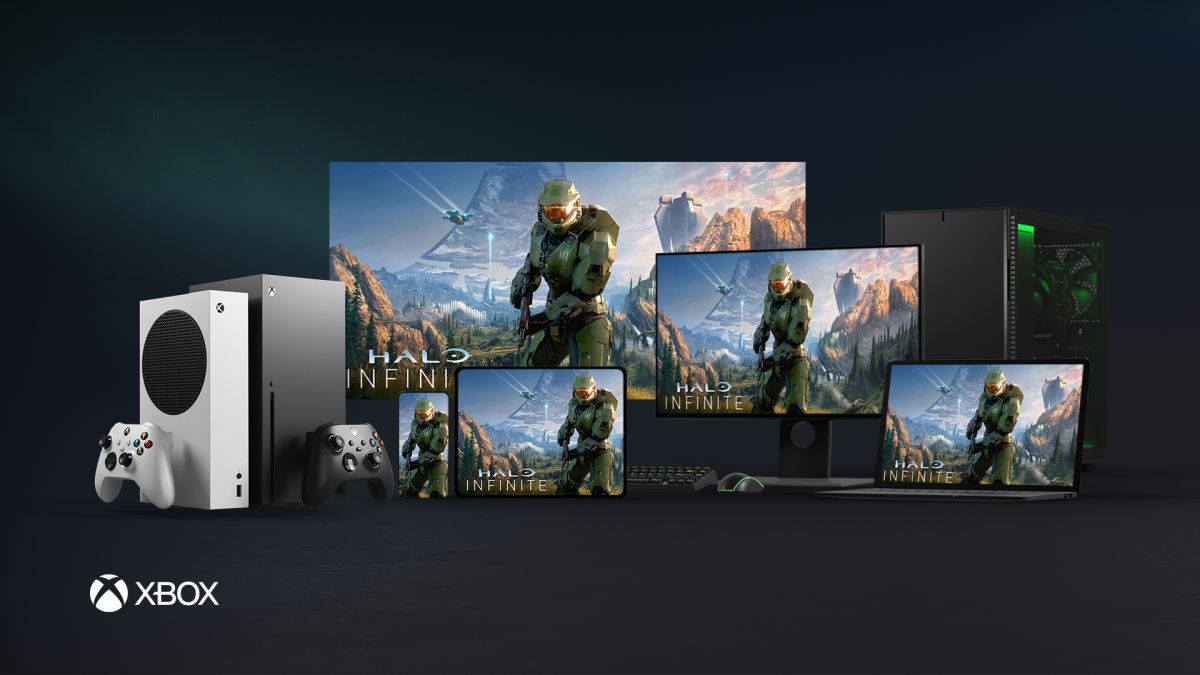 Something strange has happened to video game consoles over the past three years. The concepts of cloud streaming and cross-platform gaming have dissolved the whole idea of ​​the standalone machine with a disc player, its own online service and exclusive titles. And while Sony has been somewhat slow to embrace the upcoming concept of the video game metaverse, Microsoft has embraced it. At E3 2021, the focus was on Game Pass and the Xbox app’s cross-platform capabilities. Xbox is no longer a console, it’s a platform.

Phil Spencer, head of Xbox, is acutely aware of the changes taking place in the industry, both in terms of technology and culture. Games aren’t what they used to be – and in some ways that’s been accelerated by COVID-19. “One of the things I looked at early in the pandemic was the number of new friend connections made on Xbox Live,” he says. “It was literally tens of millions the first month, and it just kept growing.”

“Part of that was just the increase in network activity as people played more games. But as an industry, we’ve also seen things like Among Us, which had been out since few years, gaining popularity. I think it was a reflection of the social capability of gaming. It’s partly a generational shift, but also, I think, through the pandemic – games are becoming a a place for public dialogue, community and discussion. It raises the responsibility for us as an industry of what we should stand for.”

Break down the barriers

One of the main announcements from the Xbox E3 2021 showcase was the expansion of the Xbox app to new platforms, including set-top boxes and smart TVs. For Spencer, it’s about how games are increasingly accepted as mainstream digital entertainment, alongside social media and streaming services like Netflix. The old barriers to entry are falling.

“I don’t mean that in a negative way,” he says, “but video games started out as an enthusiast-driven, almost hobbyist-driven industry, and ‘gamer’ was a label we wore. Now we have over three billion people who play video games, and when almost half of the world is doing something, I don’t know how you distinguish between a gamer and a non-gamer.” Spencer’s ambition is to bring Xbox games to everyone on the planet, no matter what technology they have – and that will require rethinking what games and game consoles are.

“We should all recognize that not everyone grew up with a controller in their hand,” he says. “I don’t envy movies or TV or books, but I think these media have accessibility. That’s something we should be thinking about as an industry. Let’s say I want to go play the next big game So I have to go buy this console, I have to go plug it in, I don’t know how to use a controller – because I’ve never done that – so I’m going to have to practice and learn. at that point of accessibility, and – not to bring it back to Game Pass – but part of that is financial, you know. These games are $70. That’s a lot of money compared to these other forms of art that we speak of.”

So does this mean we’re going to see a shift to a mostly free-to-play model, as popularized by Battle Royale? “I think the diversity of business models in the games industry is a strength – and a creative strength, not just a business strength. If you have a great game, whether it’s a single-player game with a beginning, a middle and an end; a game that has downloadable content to expand the chapters; a free game, an ad-based game, I want everyone to be able to succeed. As an industry, we have to embrace this diversity. We have to make sure that we don’t think, okay, everything has to be a free battle royale game now, a creator has to use the business model that allows them to give them the experience that’s right for them. , we need to be open to the fact that creative teams need to see the financial benefit of what they create, and that there is no one business model to rule them all.”

Spencer also seems genuinely interested in the idea of ​​user-generated content, of gamers contributing to the games they enjoy. The creative options in Minecraft and Fortnite are obvious examples, but the promised expanded circuit/challenge design mode in Forza Horizon 5 hints at a future where the ability to modify a game experience and then upload the new version to the cloud will become commonplace. It is, after all, something the younger generation of gamers have learned to expect through the way they use social media.

“TikTok is all about finding what someone else has done, whether it’s a piece of music they’re using or some kind of funny meme, and then people remix that with their own content. plus, and it almost becomes a self-perpetuating thing. I think we should see that in video games. I think we should try to open up those tools, and also keep value for everyone in the channel. We want creators to be able to monetize what they create and see the value in it. And I don’t think there should be just one genre it’s tied to.”

Interestingly, throughout our conversation, Spencer doesn’t talk about competition with other consoles. Although he got a sneakily digging into Sony’s PlayStation strategy during E3, its goal is clearly to convert non-gamers into gamers rather than moving the current user base from one machine to another. When I ask him questions, for example, about the lack of epic, standalone single-player games on Xbox, he immediately knows what I’m referring to: Sony’s recent success with titles such as Spider-Man and The Last of Us 2, and there is none.

“Our strategy is not just to go and do what someone else does,” he says. “I sometimes get a push of ‘where’s your version of this or that [game]?’. I’ve been in this industry for a long time, I have enormous respect for creators on all platforms, and I know many, many of them. But it’s good if we do something different from what other platforms do. We’re not just looking to create a green version of someone else’s blue or red platform. This is not the example of creativity I want to see in the gaming industry.”

But what about those rumors that one of the platforms Microsoft wants to put its Xbox app on is the Nintendo Switch. “You know, evolution always takes time,” he says. “There are different strengths that different companies have built through hard work, and some of those changes can be seen as disruptive. And they will have their own cadence and pace of activity at which they want to make those changes.”

“For us to be successful, I don’t think another company has to get any smaller. I want the industry to continue to grow and accelerate its growth, and if you buy a Switch, and you want to play Minecraft , and I buy my kids a PlayStation… if they can’t play together that doesn’t help the game grow, in my mind This war might help one device win over another device, but it doesn’t help the industry. I believe that focusing on player joy, ease of play and accessibility, in the long run, is the right strategy. And I think the industry will move in that direction, because that’s what players will demand.

So the Xbox app on Switch then, I ask again. “You know, that’s the right question because people usually ask me to release one individual game or another. And what I’m saying is I want the full Xbox experience to be something that we offer We have no plans to bring it to any other kind of closed platforms right now, mainly because those closed platforms don’t want something like Game Pass. -open forms on which we can grow: the web, the PC and the mobile. So, frankly, all our attention, is on these platforms.”

Later, he says he fully understands why that’s the case (“It’s not a slam on anyone who has a system that works for them. I can see why the Game Pass disruption isn’t something they want right now.”) But the concept of Xbox existing on other consoles isn’t a complete dead end, at least not in Spencer’s view. “At the end of the day,” he says with a smile, “when we say we want everyone to be able to play on Xbox, we really mean that if we can bring that full experience to a device that gamers want, we are totally open to these debates.”

Halo Infinite and Forza Horizon 5 are set to launch on Xbox Series X, PC, and Game Pass later this year. In the meantime, why not consult the best Xbox Series X games to take care of you.