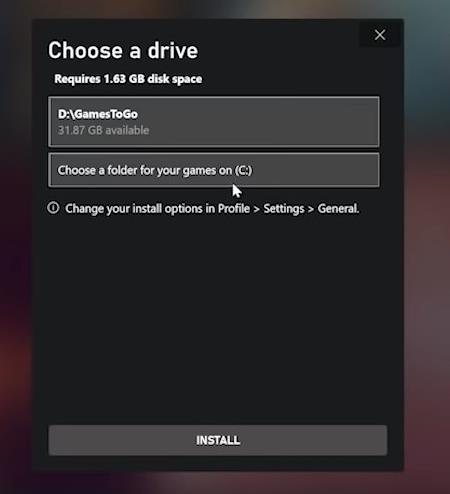 The Xbox app on PC will get significant options in the near future. Gamepass PC subscribers may be aware of app limitations. When you install a game, Windows 10/11 automatically downloads it to the C: drive. What makes matters worse is the fact that you cannot access the game folder, as it is restricted. There are workarounds for accessing folders, but you won’t need those tricks soon.

Microsoft has announced that it is changing the Xbox PC app experience to allow users to choose where games can be installed. Soon you will be able to install your games on any drive of your choice. And, you can set the default folder where the games will be installed.

The Xbox app will show a “Local Files” shortcut, which will open the game’s directory, allowing you to edit the files in it. This is very similar to what Steam offers. The Xbox app will also support cross-saves, so you can pick up where you left off on another platform.

That’s right, you will be able to modify the games to your liking. The Xbox app will indicate whether a game supports mods, right on the game’s listing. In fact, you can already see this information on some game pages in the standard version of the app. It’s a useful option to have.

Microsoft says download speeds for games delivered through the Xbox app have been improved, so you’ll be able to get games to your PC faster than before. According to the announcement, the installation experience will also be more stable. This is likely related to the various errors that people encounter while trying to install games from the Xbox app.

Gamepass Ultimate users will be able to access Cloud Gaming on the Xbox app for PC. This could be a game-changer and will be useful for gamers who don’t have access to a gaming console or PC.

These features are expected to arrive in an update, which will be rolling out to Xbox Insiders users soon. You can watch the official announcement video on the Xbox YouTube channel.

One of the highlights of Windows 11 is its support for Auto-HDR in games. This feature makes SDR games more colorful and dynamic, on supported monitors. The Xbox Game Bar is getting a widget that will let you turn off HDR, if you don’t like it or prefer the stock graphics.

The widget also has a slider which can be used to adjust the intensity level of the HDR effect.

You can sign up for the Xbox Insiders Hub on the Microsoft Store to try cutting-edge features before they’re released to other users. Install the Hub app, register for the preview program accepting the terms and conditions. Click on the Previews tab in the sidebar and select “Windows Gaming”. Open the Microsoft Store app and check for updates. It should install an app called Gaming Services and update your Xbox app to the Insider Preview build.

I look forward to these upcoming changes. What feature would you like to see on the Xbox app?

Microsoft is updating the Xbox app to let you choose where games should be installed.