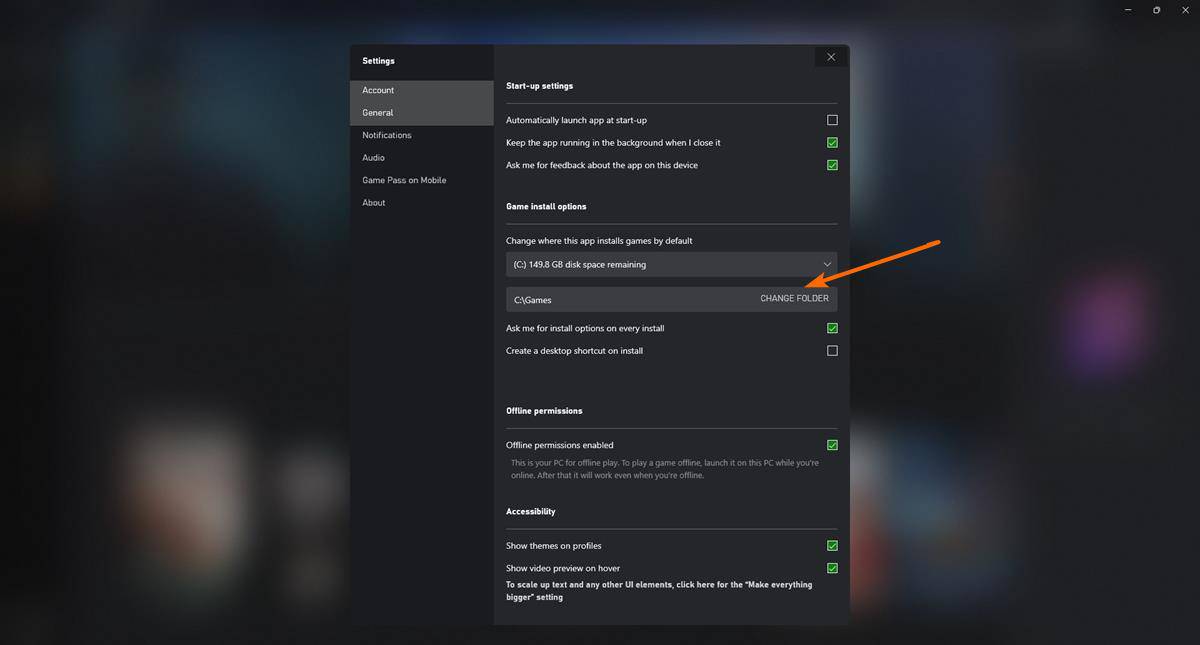 Microsoft has done a stellar job with Game Pass, adding new games to the subscription service the same day they’re released. However, the Xbox app on PC has been widely criticized for the myriad of issues plaguing the experience.

Download errors, inability to install or update games are just some of the common issues users face while using the app. When it comes to general usage, the Xbox app lags the competition, especially when it comes to basic functionality.

The company recently addressed some of these concerns in the Xbox Insider program, when it gave users the option to choose where games are installed. Prior to this update, the Xbox app would dump its game to a restricted access folder on the C: drive. Microsoft announced that this feature is now available to all Xbox app users on Windows 10 and 11, along with a few other improvements, in the latest Xbox PC app update.

2. Go to the Settings page by clicking on your profile picture.

3. Select the General tab from the sidebar.

4. In the right pane, click the Change Folder button, under Game Installation Options.

5. Choose the directory you want to use as the destination. You can also select folders on other hard drives.

If you’re running out of space on one of your hard drives, or added a new one, and want to install your games there, you can move the games there directly from the Xbox app on PC. To do this, right-click on a game listed in the sidebar of the Xbox app and select the Manage option from the menu.

Switch to the Files tab and click the Change Drive button. Select another folder and wait for the app to move the game files to their new location. This saves you from having to re-download the files. You can also check the integrity of installed games and repair them if necessary.

You no longer need to open shell:AppsFolder via Run command and use Explorer to add shortcuts for your games. Use the Xbox app’s context menu to instantly create a desktop shortcut.

To open the folder where you installed the games, just use file explorer and go to the directory you chose. This allows you full access to game files unlike before. If you want to install unofficial mods, patches, etc., you can do so by following the mod’s instructions. It can help you play some games in different resolutions, add command line arguments, etc., to improve your gaming experience.

Users who want to try out these features early can sign up for the Xbox Insider program. To do this, simply install the Xbox Insider Hub app. Open the app, click on the Previews section in the sidebar and select Windows Gaming to get preview builds.

These features are not revolutionary, they should have been there from the beginning. Microsoft is just catching up, and while there’s still a long way to go, the improvements bode well. The next thing Microsoft should focus on is improving Xbox app performance.

The Xbox app on PC now lets you select the folder where you want your games installed. It also allows you to modify your games, move them to another player.