Microsoft rolled out a new update for the Xbox App on PC yesterday, bringing a new feature to the app that lets players know how long it takes to beat a game before starting it.

According to Microsoft, the company has teamed up with website HowLongToBeat to create a new widget for the Xbox PC app that shows how long it takes to beat a game using different approaches. The widget will tell you how much time you need to spend to complete a game’s story campaign as well as how much time you need to complete the side quest. If you want all the games achievements, you can check the completion bar. And finally, there’s a fourth setting that shows you how long it takes if you complete the campaign story with a bit of side quests and achievements.

DUALSHOCKERS VIDEO OF THE DAY

RELATED: 343 Industries Departures Continue and Will Now Lose Director of EngineeringOnce you open the game’s dedicated page, the HowLongToBeat widget will appear. Since this is a community widget, you can add your own times to the database after completing a game to help maintain a better average. To do this, you need to click on the “Show details” option.

Along with the new widget, Microsoft has also made a significant performance improvement to the app. Thanks to the new patch, the Xbox app will now launch 15% faster than before on PC. Also, the team applied a number of bug fixes which reduced the number of games you couldn’t install or download before. Also, you can expect fewer crashes when using the Xbox app thanks to the new patch.

Finally, the search bar has also received a boost and will now display results 20% faster.

The Xbox app update is already available on Microsoft Store on Windows 10 and 11. Remember that you will need a Game Pass subscription to play games on the service, however, you can use xCloud for free to play Fortnite.

If you run into any issues after updating the Xbox app, you can file a report in the feedback hub or ask for help in the Xbox Insiders subreddit.

NEXT: Triangle Strategy is coming to PC next month 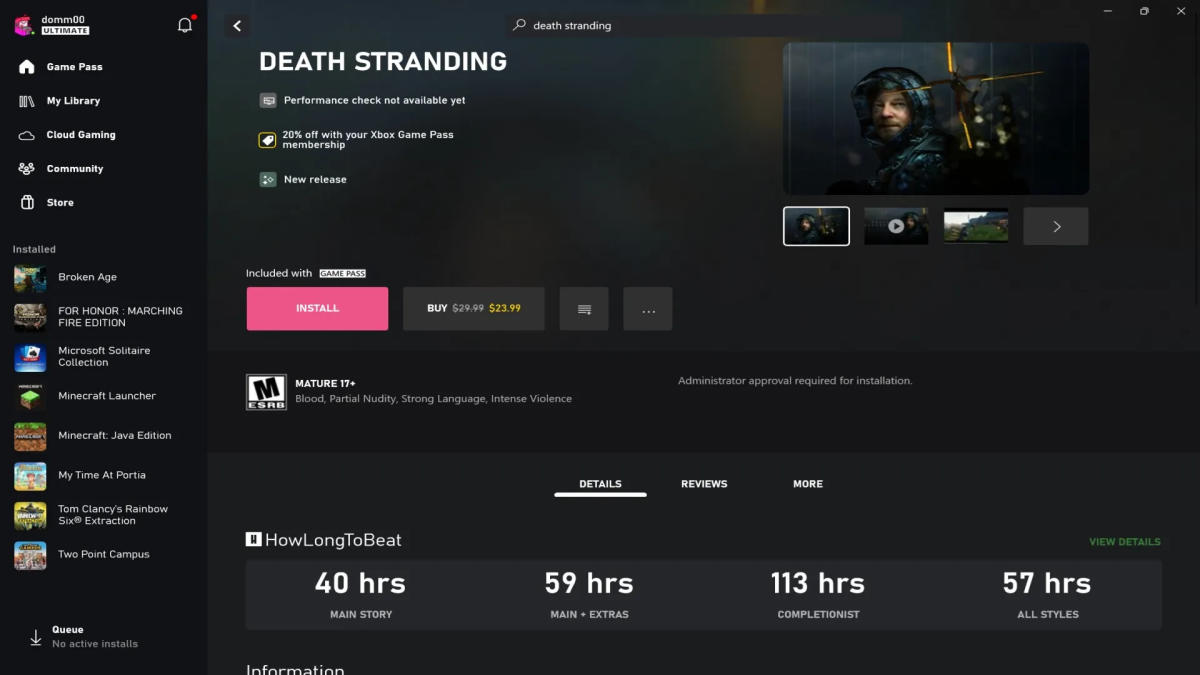