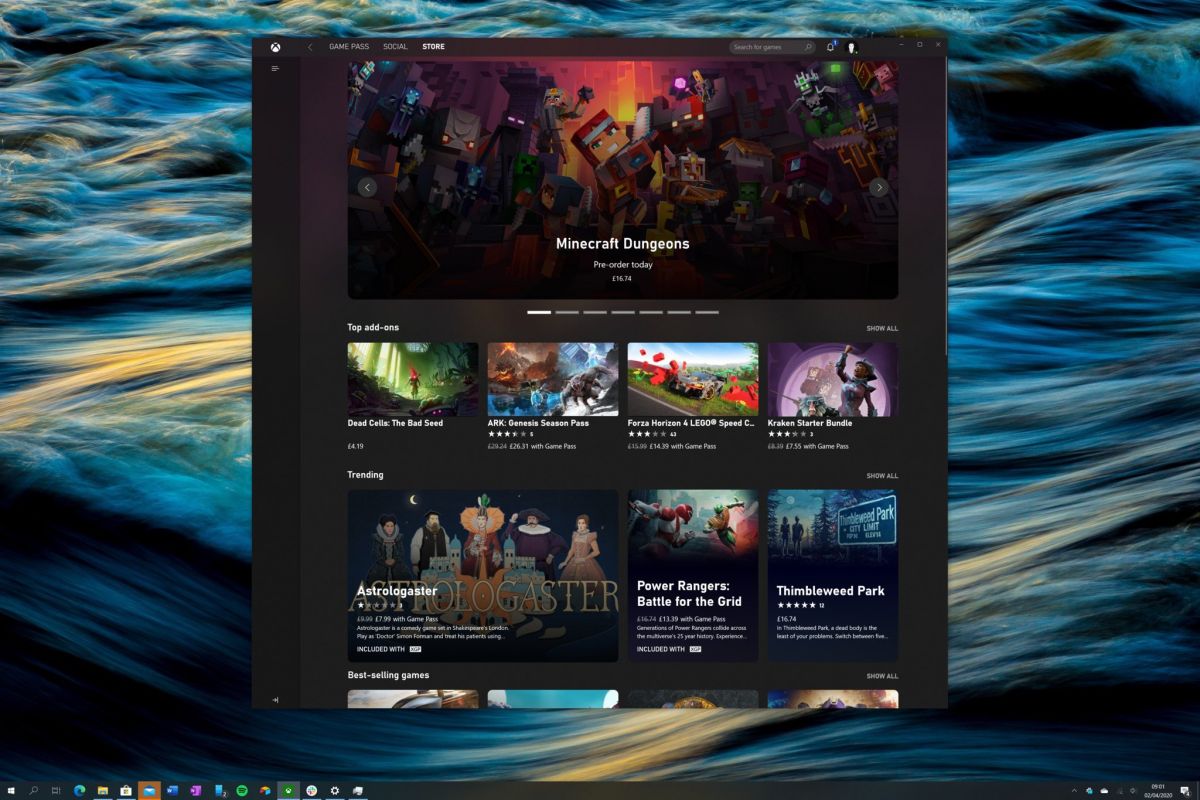 While the new Xbox app debuted as an Electron app, a popular framework for building desktop apps, it’s now moving to React Native as a Universal Windows Platform (UWP) app. Microsoft appears to be leveraging Facebook’s open-source framework through the latest version of Fast Ring, moving to C++ over .NET. It comes just days after Skype switched from React Native to Electron, highlighting two contrasting approaches to flagship app development.

While the Electron framework is widely adopted for application development, React Native offers a lighter native experience on Windows. The result is decreased memory usage, reduced by more than 50% on our PCs, with significant performance improvements as a result. The app install size has also decreased from nearly 300MB to 60MB.

The functionality of the Xbox app remains unchanged, serving as a central hub for Xbox Game Pass PC, currently offering over 100 titles for a free $10 monthly plan. The app also features a custom storefront better suited to core games, as well as essential social elements for Xbox Live.

The move to React Native appears to be limited to Windows 10 Fast Ring at press time, likely to expand to other users over time. The new trial version is 2004.2000.29 , up from 2003.1001.4.0. If you want to try out the current Xbox beta app yourself, you should at least be running the Windows 10 May 2019 Update, with the app available for download here. (opens in a new tab)

all you can play

More games than you’ll ever need

Microsoft’s Netflix-style subscription service extends to PC, offering a variety of titles for a monthly fee. From blockbuster franchises to experimental indies, Xbox Game Pass has value for everyone.

Thanks, Nero, for the tip!