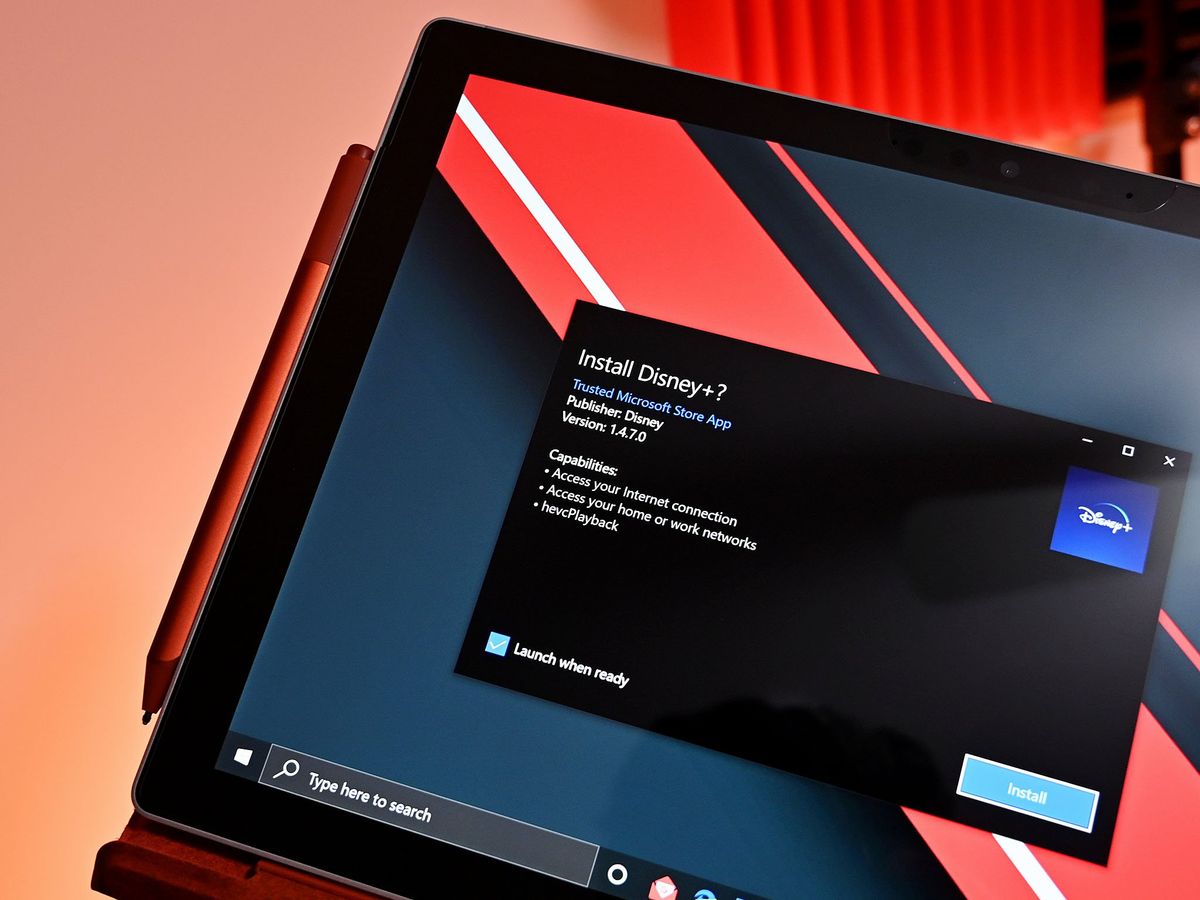 Disney+ is all the news today. With Star Wars, Marvel, and all that original Disney catalog for just $7 a month, it’s an attractive online service. Disney has also done an admirable job of launching on almost every available device, including the Xbox One.

The New Home for Everything Disney Light Touches

Disney, Star Wars, National Geographic, Marvel, Disney Channel and Fox programs are finally here for you to enjoy on all your devices.

The Disney+ Xbox app runs on Windows…so what’s the problem?

Windows Central Senior Writer Zac Bowden managed to get the Xbox file, and it installs just fine on Windows 10 PCs (unfortunately, it wasn’t compiled for ARM64). While the app lacks some keyboard and touch controls (you can navigate with a mouse), it’s also apparent that most of the coding is done for Windows 10. The Xbox app uses the superior .265 HEVC H codec, which delivers exceptional audio and picture quality. It certainly sounds better than the web version.

As to why Disney is not opting to optimize and release its Disney+ app for Windows 10, I have no idea. It seems trivial to bring to PC once you’ve finished coding the app for Xbox. And it’s.

Based on early Microsoft Store reviews, a lot of other people aren’t happy either. The app only has two stars (out of 5) with 17 reviews. However, the complaints are about it not being on Windows 10, not about app performance.

None of this is new for Windows 10. Amazon still doesn’t have an Amazon Prime Video app for Windows 10, but it does have one for Xbox One. AMC, CBS, Showtime and HBO are all following the same disappointing path. I heard from a developer working on these projects that the engagement on Windows 10 is very low compared to Xbox. This makes sense because most people watch TV and movies in their living room, on a streaming box or console.

Still, with the push of Windows 10 on ARM and more always-connected laptops hitting the market, the desire to watch these services on the go is understood. Apple’s iPad has no problem with app adoption. While Windows 10 pales in comparison to the iPad for media-consuming use, it doesn’t help that even if you wanted to use the Surface Pro X or Surface Go for that purpose, you can’t.

I don’t know how Microsoft ever fixes this problem. One thing we can do is harass Disney to take the few extra steps and release their UWP app for all Windows 10 devices. In the meantime, our friends at Lumia Updates are hosting the Disney+ Xbox UWP app on MEGA, so go for it.

The New Home for Everything Disney Light Touches

Disney, Star Wars, National Geographic, Marvel, Disney Channel and Fox programs are finally here for you to enjoy on all your devices.