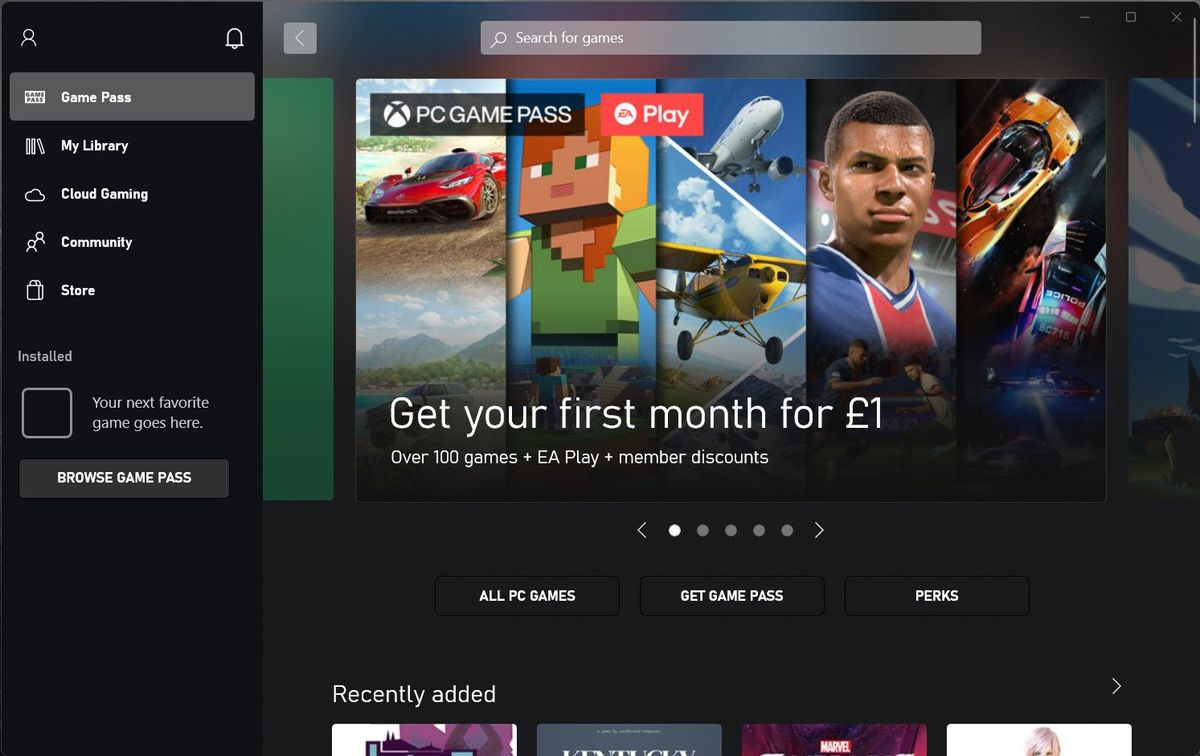 The PC Game Pass app for Windows 10 and 11 does the job, but it’s not great. For chat and social systems, it’s significantly slower than competing services like Discord and Battle.net, while simultaneously offering fewer features. It also doesn’t give you access to game clips or screenshots from your console, unlike the older Windows 8-based Xbox Companion app. What the Xbox app makes up for in its usability areas is is the PC Game Pass library, which is rich in content and high in value.

For those running the Xbox Insider app on Windows 10 or 11, the app received a pretty substantial update today which not only updated the navigation significantly but also added some new features. that measure game performance.

Unfortunately, at the time of writing, the app appears to crash after only a few dozen seconds of use, but this is a beta version of the app and will likely be fixed before it is released. reaches the general public.

The app navigation is now on the left side, with installed games in the sidebar. Personally, I think it looks a lot nicer and makes a lot more sense than its previous incarnation, but ultimately it’s the features and tools that the Xbox app currently lacks.

The Xbox app is most often compared to Valve’s mature Steam software, which you think is a bit unfair given Steam’s age and long development cycle. Yet they still compete to some degree. The Xbox app is much more restrictive than Steam when it comes to modding games and accessing user-generated content, and as mentioned, is generally much slower in important key areas. I often wonder if Microsoft will drop this app if it manages to complete the Activision Blizzard acquisition and throw its weight behind the faster and more popular Battle.net app instead for PC Game Pass, but I guess that is only speculative at this time.

Either way, it’s encouraging to see Microsoft continue to grow the Xbox corner of its Windows operation, and it will be interesting to see where the Xbox app goes in the coming year. Hopefully it will be ready for prime time once Starfield launches later this year.

While the app isn’t particularly great, games at least generally do work. With Game Pass, you get access to hundreds of native PC titles, and with Game Pass Ultimate, you can even stream them from the cloud without having to download them.