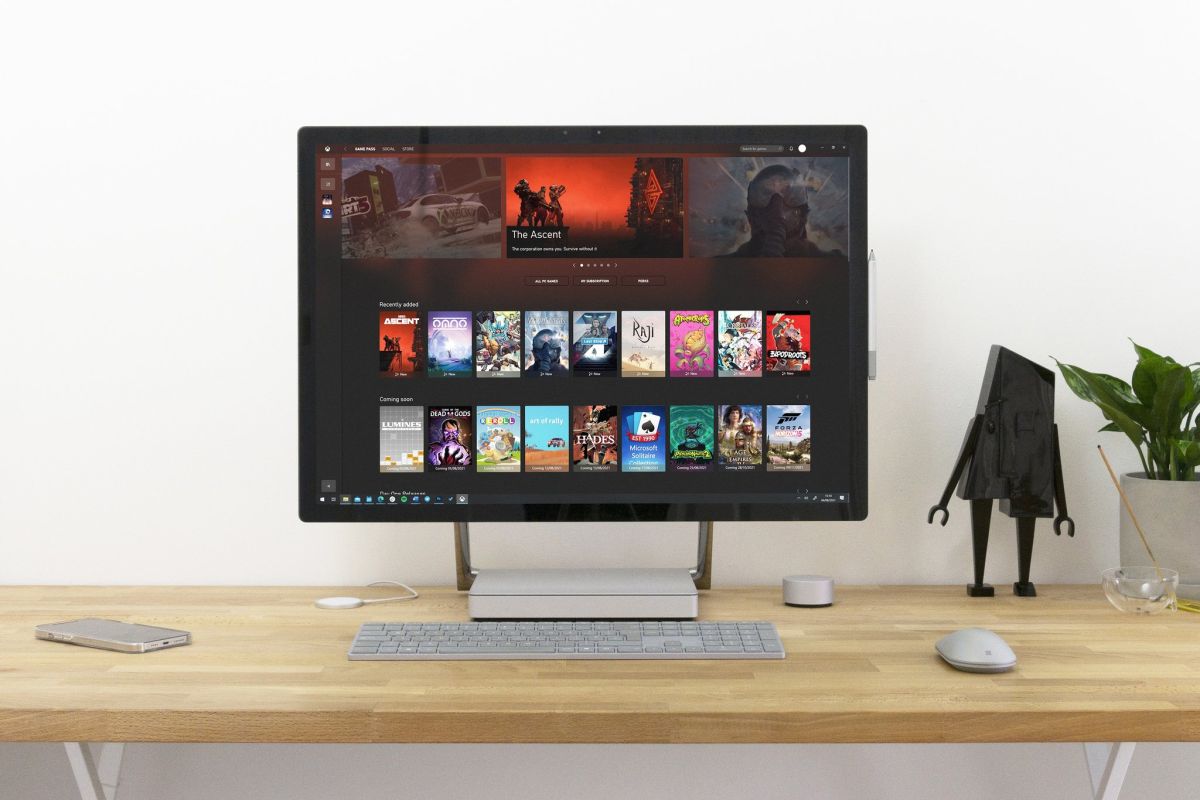 Microsoft’s industry-leading Xbox Game Pass service has given the Xbox platform a huge advantage over the past two years, luring countless fans into the Xbox ecosystem with its gargantuan all-you-can-eat buffet of games. and an affordable monthly cost. As part of the company’s effort to branch out directly into the PC gaming space, Microsoft has also launched PC Game Pass, a PC version of Game Pass that offers the same benefits to people who prefer to play games on Windows.

Unfortunately, unlike the Xbox Game Pass experience on console, the PC Game Pass experience was very disappointing for a while. PC Game Pass just wasn’t good enough as users were forced to deal with UWP app delivery issues that interrupted game installs, reliance on Microsoft Store’s slow and glitchy Windows 10 build , an Xbox app that wasn’t much better, and exceptionally poor mod support.

In my experience, the biggest issue with the Xbox app is that it can often be incredibly slow and buggy to use. It’s better than the Microsoft Store was in Windows 10, but it’s still far from an acceptable state. Often the install or update buttons for my games just don’t work, forcing me to relaunch the app. The video game box art on the storefront sometimes doesn’t load at all, making it impossible to see what games I’m watching. The app didn’t even show me an option to update my games despite the developer releasing a patch, preventing me from accessing official bug fixes (this stops you from playing games completely multiplayer).

These are just my problems though. Other users have reported issues such as game libraries not displaying properly, preloaded games not launching properly when released, and the app hogging a significant amount of system resources. Overall, the state of the app is just unacceptable.

The organization filters in the app also don’t make sense or work properly. For example, why are there tags for “Xbox One X Enhanced” and “Optimized for Xbox Series X|S” games on PC? Why does the storefront only show me one game when I select the “120 FPS” tag, despite the fact that much of the PC Game Pass library supports that frame rate? Why doesn’t “Cloud enabled” show me popular titles available through Xbox Cloud Gaming like Halo Infinite and Sea of ​​Thieves? Compared to Steam’s reliable and accurate filters, those in the Xbox app are horrible.

Compared to other PC storefronts, the Xbox app also falls short when it comes to quality of life. You can’t organize your installed games into custom collections or move your game installs to another folder or drive, and there’s no way to see your playtime or check the latest patch notes for recent updates. The app’s Social tab is also lacking, as it only shows you your friends list and recent posts from friends without giving you a way to create and engage with groups and communities like you do. can on Xbox.

Ultimately, there’s no getting around the problem: the Xbox app is slow, unreliable, and doesn’t have the utility that PC gamers expect. This is disappointing, as the potential of PC Game Pass is huge and shouldn’t be held back by frustrating stability issues and missing features. There’s no doubt in my mind that PC Game Pass would be much more popular than it is now if the Xbox app user experience wasn’t so flawed.

If Microsoft wants PC Game Pass and its overall push into the PC gaming space to grow and succeed as Xbox Game Pass did, it needs to address the Xbox app’s many shortcomings in 2022 – sooner rather than later. . It’s crucial that Microsoft offers robust software that makes playing and engaging with the best PC games easy and frustration-free, and right now the Xbox app just isn’t enough.

Xbox Game Pass gives you access to over 200 games for one monthly subscription. Xbox Game Pass Ultimate also adds PC Game Pass as well as Xbox Live Gold to the package so you can play online with your friends. You also have access to EA Play.