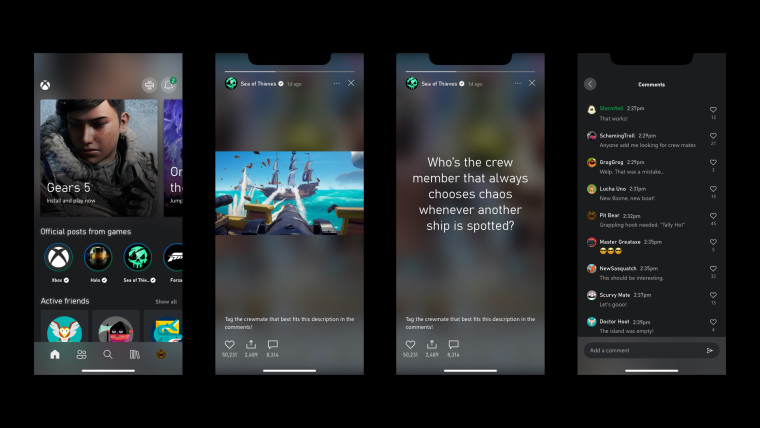 Microsoft today announced a new feature in the Xbox app for Android and iOS that is modeled after a popular feature in various social media apps. The Xbox app adds stories from various gaming brands such as Forza, Haloand sea ​​of ​​thieves.

The new stories feature was featured on the official Xbox Twitter account and has a similar interface that you can find on social media platforms like Instagram, Facebook, and Snapchat. Unlike stories on those services, however, the Xbox app version shows buttons for likes, shares, and comments at the bottom of the screen along with their corresponding numbers.

Stories can be found under game title cards and are labeled “Official Games Posts” instead of “Stories”. This means that the content you will see is only from the gaming brands you follow and not from your friends like you can with most social media apps. It’s unclear if Microsoft will give users the ability to post stories on the app.

The new experience should be a welcome development for those looking to receive updates from their favorite game brands or studios. It also expands the app’s capabilities after Microsoft added remote play support last year as well as a new user interface that debuted on Xbox consoles with the update. October 2020.