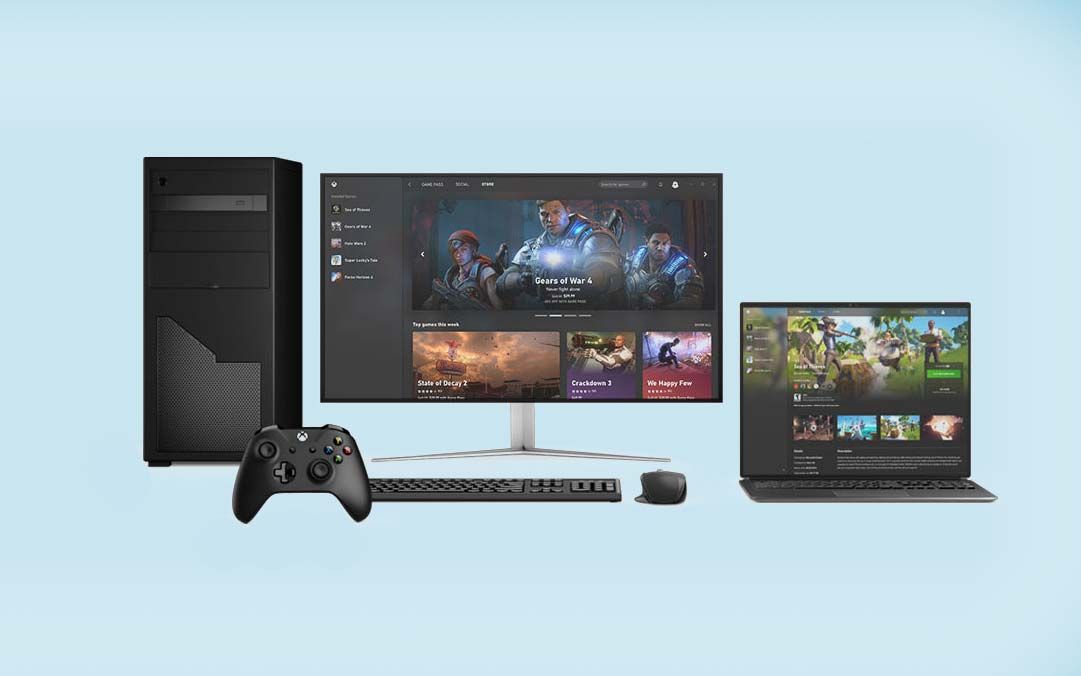 With the launch of Xbox Game Pass for PC in beta, we decided to download the latest Xbox app to one of the many gaming laptops in our lab to see how well the app translates the system to operating Xbox One on PC.

The verdict: it works, but it doesn’t look good.

Downloading the new Xbox app can be a pain if you’re not already a Windows Insider. If you don’t know what that means, don’t worry; our short guide on how to become a Windows Insider will make your life easier. Once the setup is complete, which can take around an hour, you can go to Microsoft’s website to download the Xbox app. (opens in a new tab).

The layout of the Game Pass tab in the app is filled with randomly spaced stubs for games that come in many shapes and sizes, making the interface look more sloppy than neat. Stubs take up a lot of space, so they look like blog entries, instead of, you know, games posted for purchase or download.

When I browsed through the All Games section of the Game Pass tab, I immediately noticed that the games weren’t listed in alphabetical order. There was also no way to change the order, which made the whole thing seem like a randomly chosen nightmare.

The search function is also not very intuitive. Ideally it would have an auto-complete feature, but it doesn’t and it’s not good at handling incomplete words. I typed in “gear” and the only search results were Everspace, Ark: Survival Evolved, ReCore, and Rise of the Tomb Raider. These were nowhere near my target: Gears of War. It wasn’t until typing “gears” that I got what I was looking for.

You must therefore have at least one correctly spelled word to find what you are looking for. I may sound nitpicking, but this requirement makes the user experience much more frustrating, when it’s not necessary. However, you can browse by genre, which is nice.

All in all, you’ll eventually be able to find what you’re looking for, but you’ll feel like you have to dive into a third-party app to do so.

The entire social media tab looks out of place, and its functionality is so sparse it would have worked better as a sidebar. (Note: the friend finder feature can auto-populate, so why can’t the Game Pass tab do the same?) My biggest gripe with the social tab is that player profiles and achievements aren’t integrated, so when I went to click on a friend’s profile, the app directed me to Google Chrome.

The app also doesn’t feature Xbox avatars, and while I understand that Avatars has its own app, it really should be consolidated into Xbox’s. The Xbox app also lacks a section for clubs or the party finder feature, which is arguably one of the biggest updates Xbox Live has ever received.

The layout of the Store tab is more or less the same as the Game Pass tab. It even suffers from the same research and ordering flaws. However, it didn’t even bother to bring the genre search option.

Technically, all the games are on Game Pass, anyway, so you can go through the Game Pass tab to search by genre. However, what happens when games come to the Xbox app for PC but aren’t available on Game Pass?

On top of that, it was incredibly weird that there was no section for new releases. And since the app exclusively features Xbox Game Pass titles (for now), there’s no section for free games or even demos.

Once you download a game, it will appear on the left side of the app, just below the Xbox logo, which is the only part of the app that looks neat. Games will also have shortcuts in your Windows search bar, so you don’t need to open the Xbox app to access your game.

If the Xbox app is open while you’re entering a game, it will stop running in the background, so it won’t interrupt you. If you want to access your friends list or other Xbox features while gaming, you can press Windows + G to bring up the Xbox Game Bar.

It’s like the Xbox app for Windows asks its console counterpart if it can copy homework, and the Xbox One says, “Yeah, change it up a bit so it doesn’t seem obvious you have copy.” It’s a classic meme, but it’s not what people want.

Sure, not many people are fans of the Xbox One operating system on the console, as it’s a bit cluttered with icons, but at least it looks organized and neat. The Xbox app for Windows is just sloppy.

We had a solid model on the Xbox One; there is no reason to change it. Hopefully, we’ll see some of Xbox One’s great features translate to the Xbox app for PC when it leaves beta in the fall.