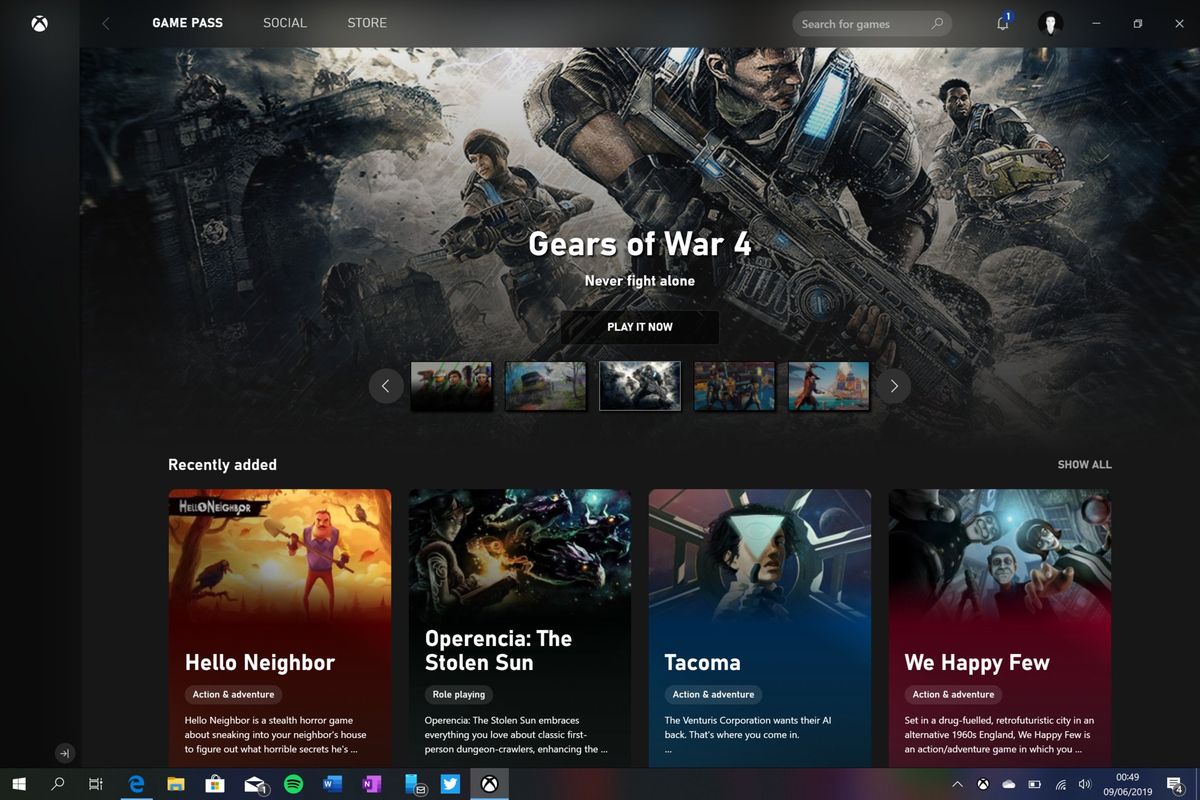 Microsoft is building an all-new Xbox app from the ground up for Windows 10 PCs that offers the ability to download and install PC games that are part of Xbox Game Pass. The app is a Win32 program that was rebuilt from the ground up with social and gaming discovery in mind.

Code name Garrison, the app leaked in beta form ahead of a public announcement likely to take place at E3. The initial beta introduces Xbox Game Pass, the ability to download and install Game Pass games available on PC directly from the new Xbox app, and social features that let you chat with Xbox friends via text or voice. It seems that the application is electronic, which means that its performance is rather slow and it consumes memory frequently.

It looks like Microsoft is planning to replace the old UWP Xbox app with this new Win32 app. It’s very pretty, with Fluent Design acrylic effects and a borderless design. The app is listed in the Microsoft Store (opens in a new tab) but it shows as not yet available. So for now, we’ve embedded screenshots to showcase it in all its glory.

Update: 6/10/19: The app in the Microsoft Store is now available for download

Are you interested in trying out the new Xbox app? Let us know in the comments.

I tried the new Xbox app for PC, and yuck, it's bad