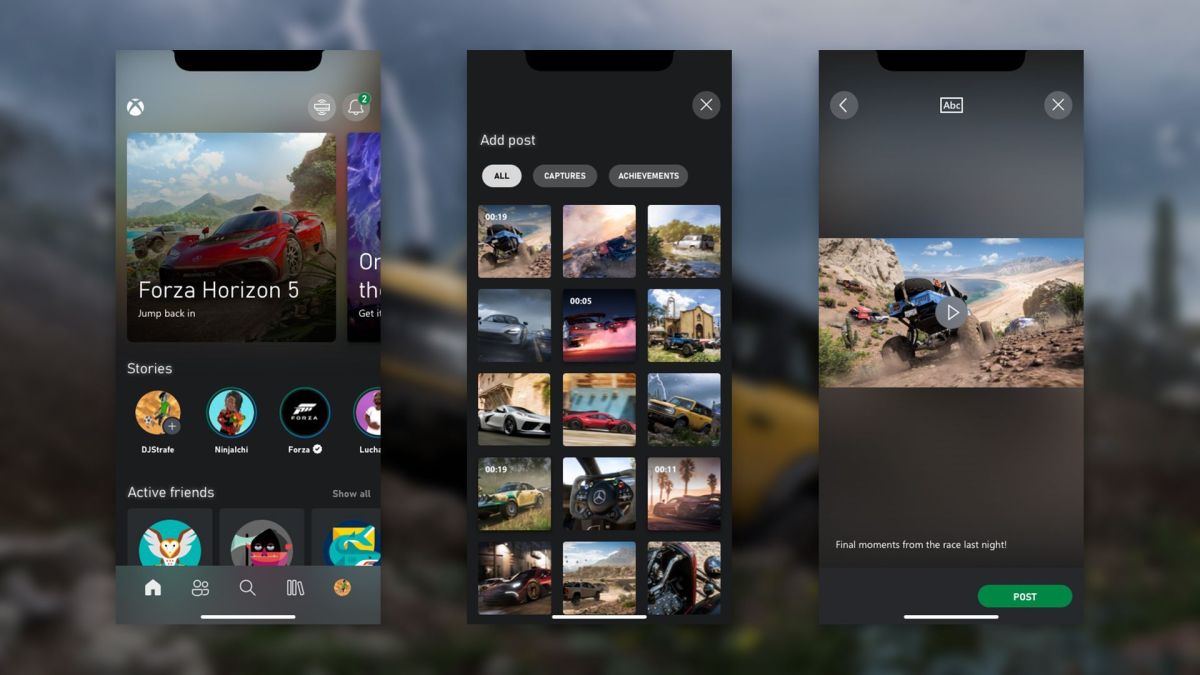 Microsoft today announced a new update to its Xbox app for iPhone and iPad that adds Stories to the mix. Although initially only available in Australia, Xbox Stories will be coming to other countries in the future.

The move was announced via a blog post (opens in a new tab) who described the new feature, saying it will allow players to “showcase your skills and stay up to date with your friends”. Stories will work much the same as stories already available in other apps, including Instagram. Microsoft says Xbox Stories will be 72 hours long and can include gameplay clips, screenshots, and achievements.

The same announcement also confirmed that Xbox consoles now have the ability to add a Quality of Service (QOS) tag to their network traffic. This should allow modern routers and home networks to prioritize gaming traffic to ensure a lag-free experience.

Those who already have the Xbox app installed will likely see an update awaiting them, although only Australians are getting this new Stories feature at the moment. Anyone can download the app now (opens in a new tab) – it’s free.

Oliver Haslam has written about Apple and the wider tech industry for over a decade with articles on How-To Geek, PC Mag, iDownloadBlog and many more. It was also released in print for Macworld, including cover stories. At iMore, Oliver is involved in daily news coverage and, not being short on opinions, he’s also been known to “explain” those thoughts in more detail.

Growing up with PCs and spending way too much money on graphics cards and flashy RAM, Oliver went Mac with an iMac G5 and hasn’t looked back. Since then, it has seen the growth of the smartphone world, backed by the iPhone, and new product categories come and go. Current expertise includes iOS, macOS, streaming services, and just about anything that has a battery or plugs into a wall. Oliver also covers mobile games for iMore, with Apple Arcade in particular. He’s been playing since the days of the Atari 2600 and still struggles with the fact that he can play console quality titles on his handheld.